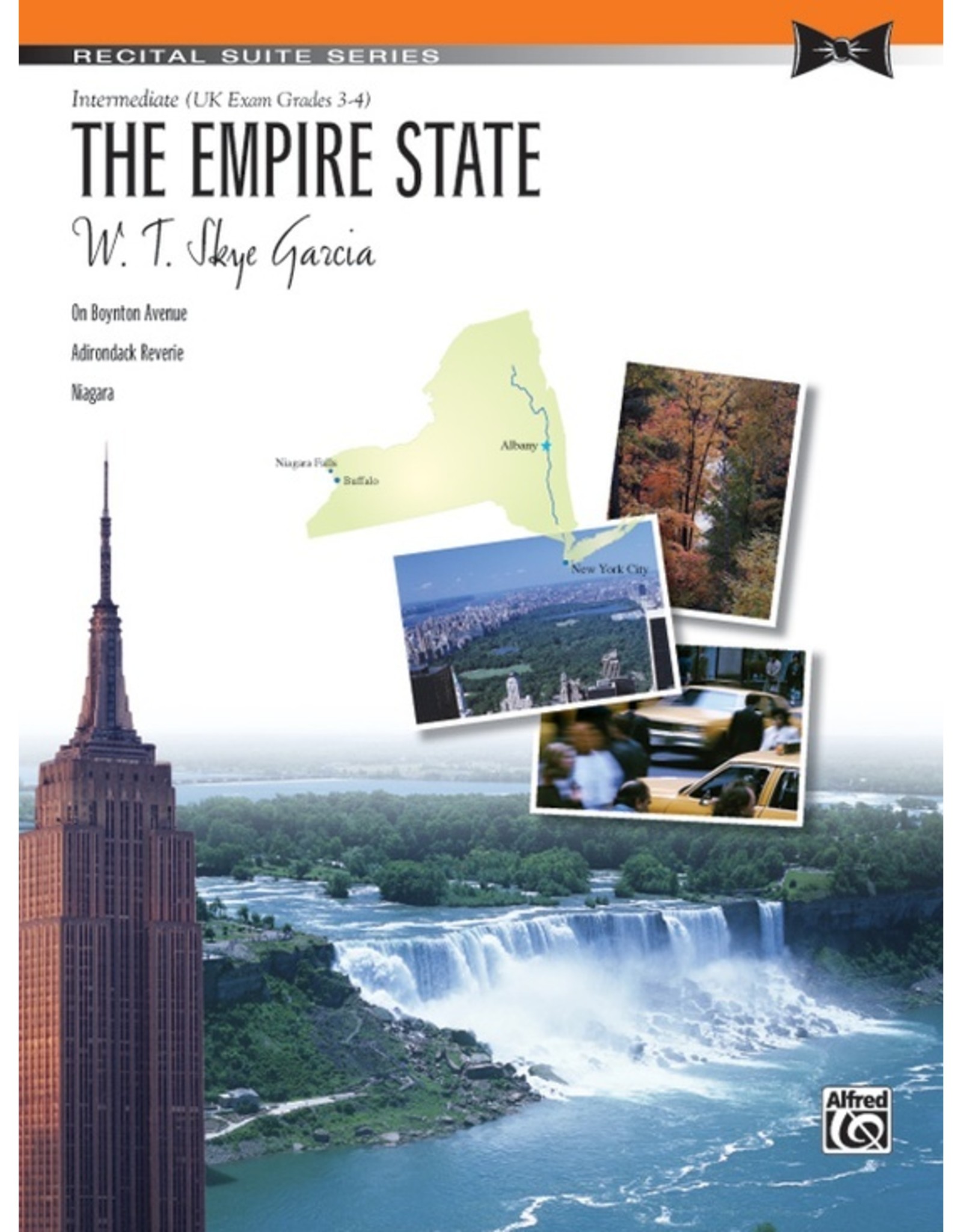 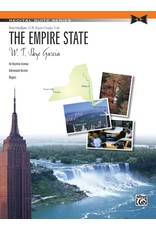 The Empire State celebrates the state of New York and some of its most popular tourist destinations. New York City is featured in the first movement with a trip to the composer's first home "On Boynton Avenue." The fast tempo of this piece and swing eighth notes create an upbeat tribute to this great city. The second movement, "Adirondack Reverie," depicts Adirondack State Park. It is a slow and peaceful serenade with a lyrical melody and extended bass line accompaniment. And, of course, no trip to New York State would be complete without a visit to Niagara Falls. In "Niagara," the final movement of this suite, the sound of the waterfall is recreated by using the entire range of the keyboard and rich harmonies that grow throughout the movement.