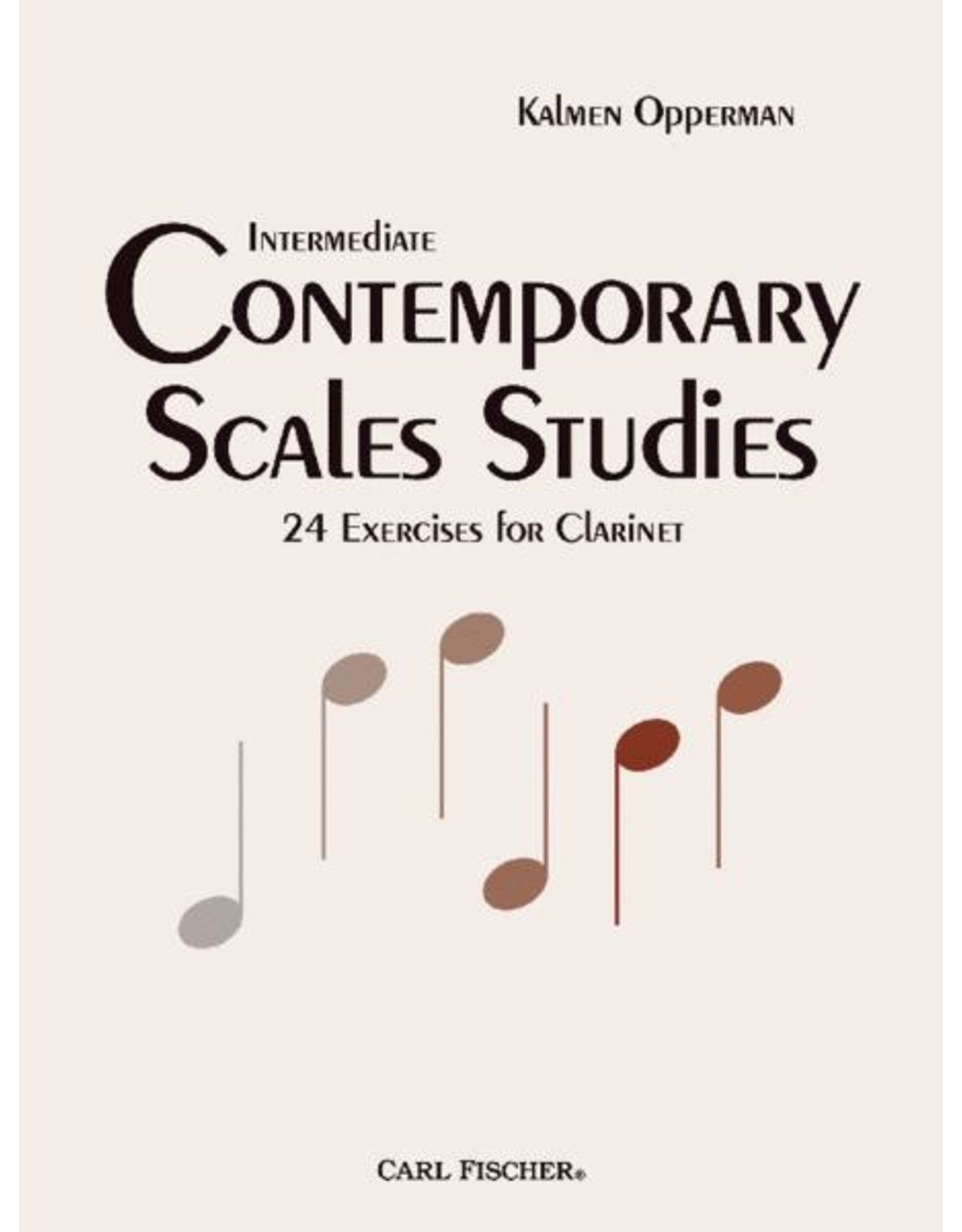 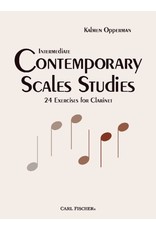 Famed teacher and master Clarinetist Kalmen Opperman has developed these studies over four decades of teaching. Each study focuses on a particular challenge Books are graded to move the student gradually to greater facility The series, as a whole, is designed to encourage students to achieve proper hand and body positions, strong finger technique, agility and proper breathing habits.
many traditional scale studies published both here in the United States and abroad, some dating as far back as the 1860s. This volume is primarily concerned with the more currentmodern, if you willscale patterns commonly found in the musical literature of contemporary clarinetists. To begin the study of the scale patterns early in the students career is a major advantage. Falling upon a number of these patterns in a cold reading rehearsal is enough to jar your sanity. As with any in-depth studies, begin them very slowly (perhaps one beat per note) and carefully work up the tempo from there. Listen intensely to the connections between each note as you ascend and descend the scales. Try to make each note sound as full, clear, round and in tune as the previous note. Practice the scales at both mf and mp dynamics. After the scales become playable at a modest tempo, begin to introduce the articulation patterns found on p. 4. Once these patterns become comfortable, slowly begin to increase the tempo. The Intermediately Contemporary Scale Studies for Clarinet could be the most important collection of scale studies for clarinetists of the twentyfirst century.