Jacob Concerto from Trombone and Orchestra 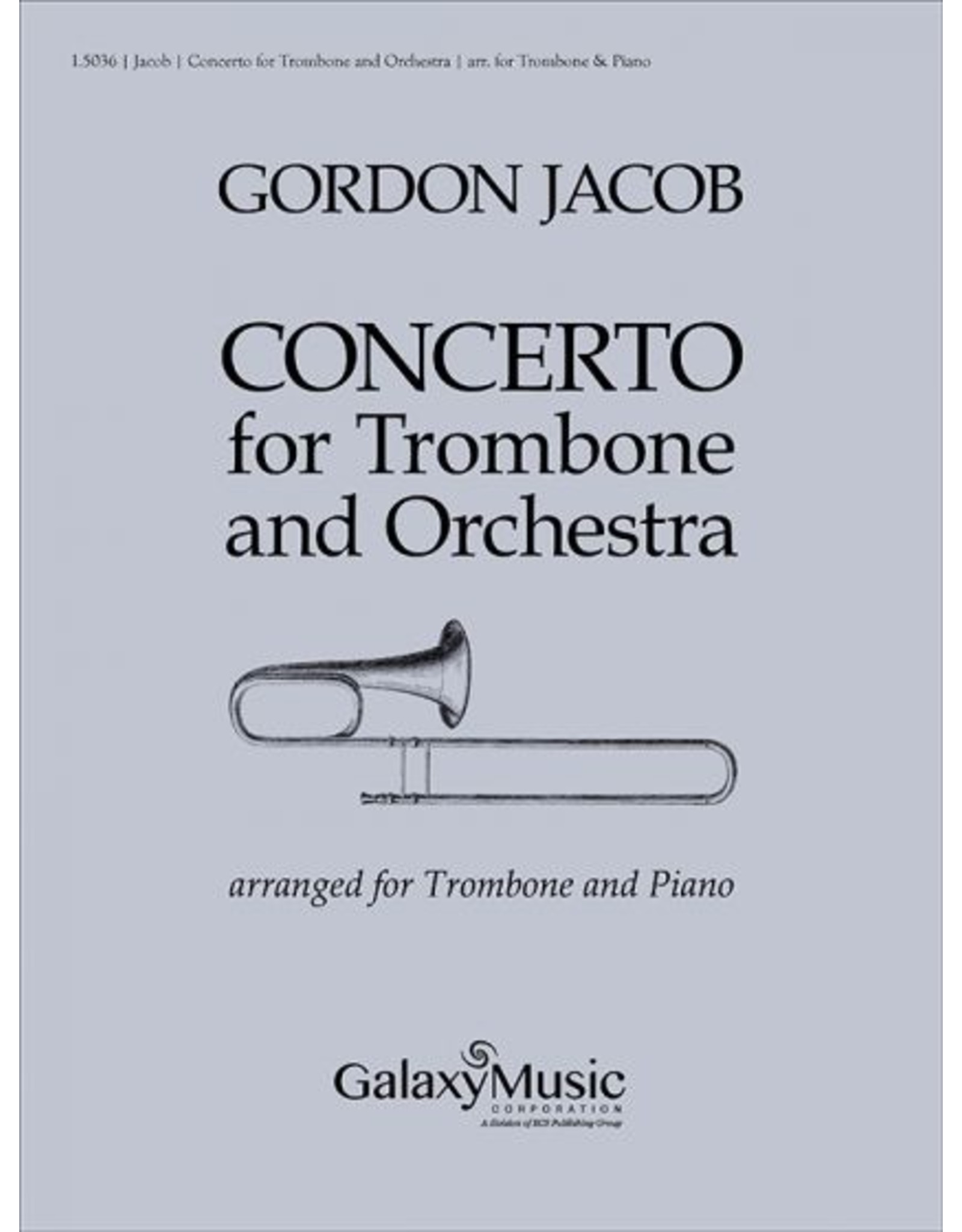 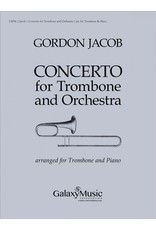 Probably one of Gordon’s best-known and popular concertos, and one of the few with full orchestra, this concerto is one of the true standards in the original trombone solo literacture. At the time it was composed (1956) there were few concertos for the instrument and this work is almost certainly the most performed of all that have been written, before and since it appeared. The nobility of the instrument is prominent at the very start of the work with its opening and closing Maestoso recitative-like passages, between which a syncopated Allegro molto forms the main part of the first movement. In the second movement the trombone sings its plaintive song, at one point in a higher register than an accompanying flute. The final movement with its March theme rounds off the work in rousing style. The trombone in this work has to be very flexible and agile as well as powerful and regal. Includes the Trombone Part and Piano Score. Duration: 18:00